Grahamstown is not known as the town of 60 churches, or the city of saints, for nothing. It is steeped in colonial English history, filled with historical buildings and churches, and is also a university town – which goes some way to explain its reputation for tolerance and left-of-centre thinking.

The town of the annual avant-garde Arts Festival, Grahamstown is also home to the oldest independent newspaper offices (still producing the Grocott’s Mail), and was home to author André Brink, who lectured at Rhodes University between 1961 and 1990 whilst producing numerous novels, many of which went on to win literary awards (more controversially: a couple were banned during apartheid, making him something of a cult hero).

Grahamstown’s churches are worth investigation in their own right. But below are a selection of historical buildings that have something slightly quirky or different about them and are thus interesting to visit. 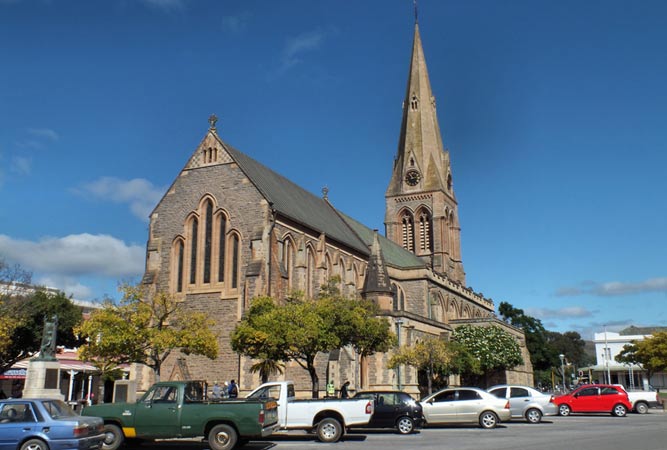 With the arrival of the Settlers in Grahamstown there was a building boom, and many artisans and craftmen built around the square known today as Artificers’ Square – a complete block of the original grid plan of the town was divided into separate erven, 32 in all, granted to artisans. Most of the houses were built in Georgian style, single and double-storey buildings with pitched roofs, with kitchens under a lean-to roof at the back of the house. These are now restored, and many of them function as homes. Typical dwellings are Jeffries Cottage and Chapel House. Find it at the intersection of Bartholomew and Cross Streets.

The Cock House is one of the most popular landmarks in town, as students enjoy the restaurant that now operates from the building. The rest of it functions as a guest house. But the now national monument was originally named after William Cock, the same gentleman who created Port Alfred harbour, but confusingly built by Benjamin Norden in 1926. Ask for the ‘Before and After’ photo album for the house’s fascinating history.

Why: over 200 traditional African musical instruments on display

The library on Prince Alfred Street is open only by appointment. 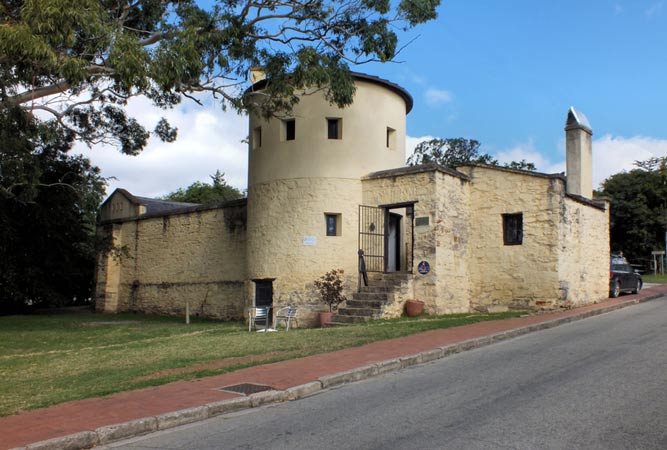 Why: Provost Café for a decent cup of single-origin coffee

What used to be a military prison, built in early 1838 to help protect the city of Grahamstown, is today a Heritage Site and under control of the Albany Museum. The building lies, however, on the grounds of Rhodes University on Lucas Avenue, between the Botany Department and the Botanical Gardens. Unused for over a year, it now serves as a  café specialising in single-bean, single-roast Columbian coffee, frequented mainly by students and lecturers, but on weekends Grahamstown’s greater community have equal rights.

Why: where else can you see the famous coelacanth?

The second coelacanth ever caught is on display here. Until 1938 this marine fish with limblike pectoral fins was regarded as extinct. Find it in Prince Alfred Street.

Why: it took 128 years to complete the building.

Begun in 1824, it was finally finished off in 1952. It also has the tallest spire in the country and one of the most incredible organs and interiors. A visit to this famous cathedral is well worth a visit for its architecture and symmetry. 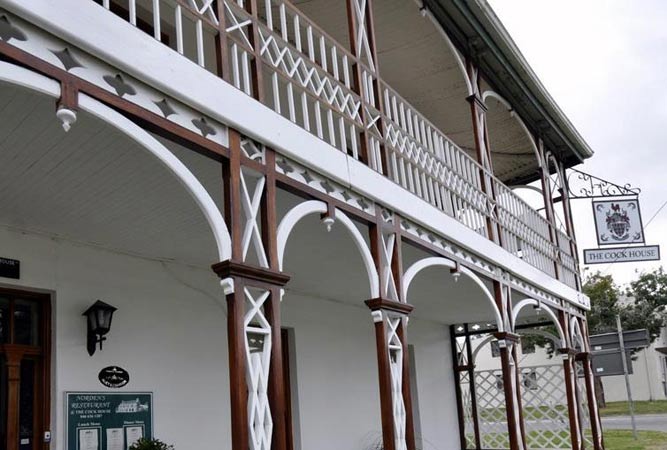 Why: you can set your watch by the time on Galpin’s Clock Tower

Visit on a sunny day, as the views from the top are not only a surprise, but well worth it. The museum is old, and filled with reminders of early Settler life, but the highlight of a visit is the Victorian camera obscura that allows you a 360 degree tour of most of the sights in Grahamstown from the darkened room. The procedure involves a series of pulled ropes, mirrors and lenses.

THE OLDEST POSTBOX IN THE COUNTRY

Why: there are only 20 of these left in the world

Find it where Worcester Street meets Somerset Street. A national monument since 1989, this is one of the earliest documented British postboxes with a fluted column, originally supplied in 1857. Only five of this type of postbox survive in Britain. The postbox in Grahamstown is still in use. It stands on a piece of grassy ground, alone, awaiting the ever-diminishing art of hand written letters.

Why: It was a Backpackers establishment for a while, although they drank their final beer in the Gallows pub in 2010; now the gaol awaits a facelift

Why: the inscription is written by Rudyard Kipling

Find this monument to ‘the Men of Albany’ who lost their lives during the South African War of 1899 – 1902. The bronze sculpture of a Winged figure of Peace bending over a dead soldier is by Stanley Nicholson Babb. It is also referred to as the ‘Memorial to the fallen men of Albany and Grahamstown’ or simply the Anglo-Boer War Memorial. It stands in the traffic island in High Street, chosen for its position ‘in the midst of our daily work’ to serve as a constant reminder. 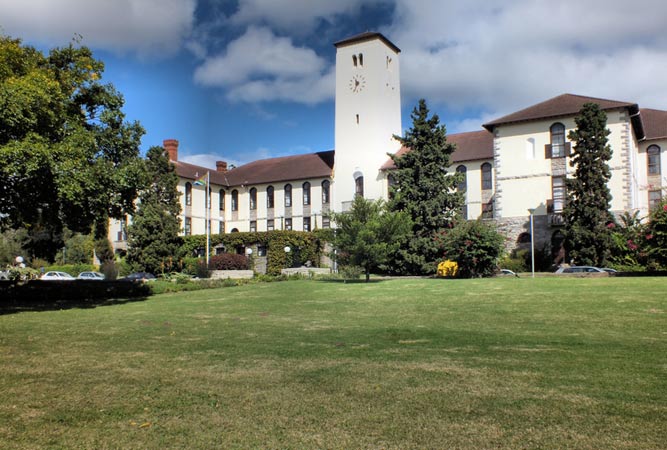